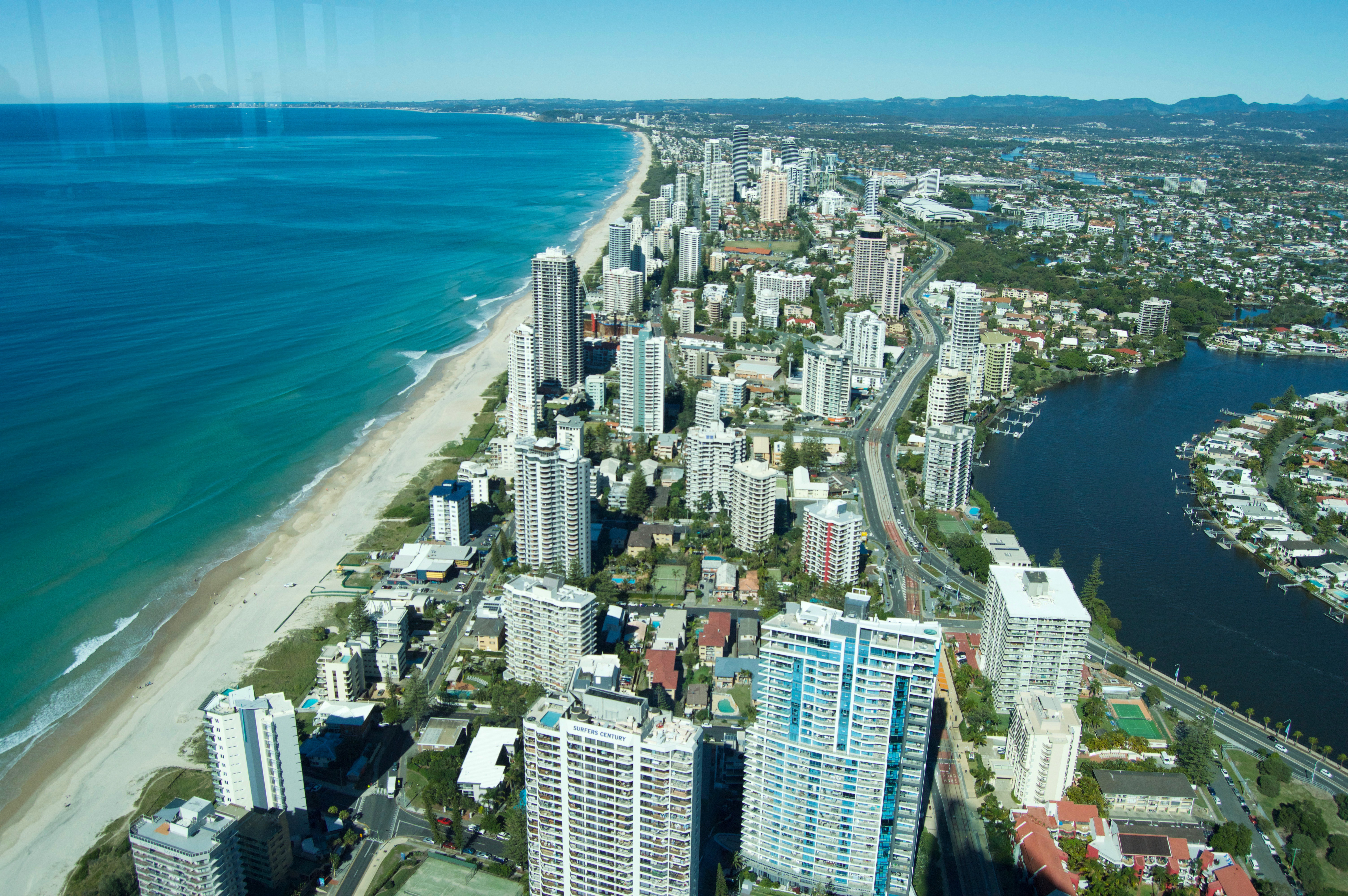 Alright, this is basically just some assorted thoughts on places we visited while driving up and down the Pacific Coast while going from Sydney to Renata and Don’s and back.

On the drive up we stopped in Port Macquarie to visit the koala hospital. Like kangaroos and wombats, koalas can be orphaned or injured by automobiles, although it seems like bushfires are a bigger danger for them. Lots of the koalas that had been rescued were ones that had suffered burns. Usually they can be released back into the wild, although sometimes burns to their hands affect their ability to climb trees. There were also a few koalas that were permanent residents of the hospital, having gone blind as a side effect of chlamydia, a disease that’s particularly devastating to them. Fortunately koalas sleep for 20 hours a day and sit and eat for the remaining 4, so they can actually survive pretty well without vision.

Enroute to Byron Bay we randomly stopped at this big rest area/attraction called the Macadamia Castle. It’s a kitschy big castle thing that has some kiddy stuff like a little wildlife park and a train ride. Much like the Big Banana we sat and had ice cream and cake instead of actually visiting any of the attractions.

I was pretty excited to reach the mythical Byron Bay, although Chris was immediately annoyed by how hipster-y it was. It’s a cool place though also very touristy, with lots of backpackers, surfers living in old VW campervans, and expensive boutiques selling the kind of clothes that girls wear to Coachella.

We did the lighthouse walking track while there, which turned out to be hilly and quite the workout. The walk went to the most eastern point of mainland Australia, and had some pretty nice views, as well as lots of tour groups.

Before starting the drive back to Sydney, we decided we had to pop into Gold Coast for a day, just to see what all the fuss was about. For the longest time I thought Gold Coast referred to a region, but turns out it is actually a beachside city full of theme parks and skyscrapers.

We took a meander down the beach to the centre of the town, Surfers Paradise, where most of the action is. Here we went up Skypoint Observation Tower for the impressive views of the beaches and ate at one of the beachside cafes. Gold Coast looks really cool because it’s one of those cities where the skyscrapers go right up to the beach, creating a really dramatic coastline. The city also has a network of canals so that almost everyone can have a waterfront home with their own dock. It is of course extremely touristy and billed as a big family vacation destination due to the presence of so many theme parks.

We stopped Byron Bay again on the way back to get some ice cream and wandered into a “trance mantra rave” at a beachside yoga festival, next to a handcrafted, local, and organic market. WE GET IT, BYRON BAY. You’re very hipster. There were so many girls in flower crowns and flouncy faux-vintage-actually-$200 dresses wandering about. We had to leave before Chris murdered someone for telling him to “free himself”.

We ended up at Newcastle our last night before Sydney as going all the way to Sydney was a bit long and Newcastle seemed cute. We stayed at a hotel that was pretty much unstaffed. When you book you get a pin number for your room and the front door and then let yourself in. At the reception there is a little slide show presentation playing with some general info about the hotel and that’s about it. It seemed a little like we were in some kind of automated future.

We decided to go for a walk along the beach even though it was pretty chilly by Australian standards. There is a big pier that goes out into the ocean and seems to have been made by a large jumble of rocks all cemented together. There were lots of people heading to the end and back with their dogs, and even a few courageous body boarders in the water. There was also a seal frolicking nearby. After that we retired to our room with some delivery Chinese food.

The next day, it was back to Sydney, and time to leave Australia!